If you’re like many people interested in becoming United States citizens, naturalization is the way to go – but where do you start? For some, the best path toward U.S. citizenship begins in an immigration attorney’s office. Working with an Austin immigration attorney is one way to ensure that you have someone to explain the process to you, fill out and file your forms, and help you do everything necessary to prepare for citizenship. 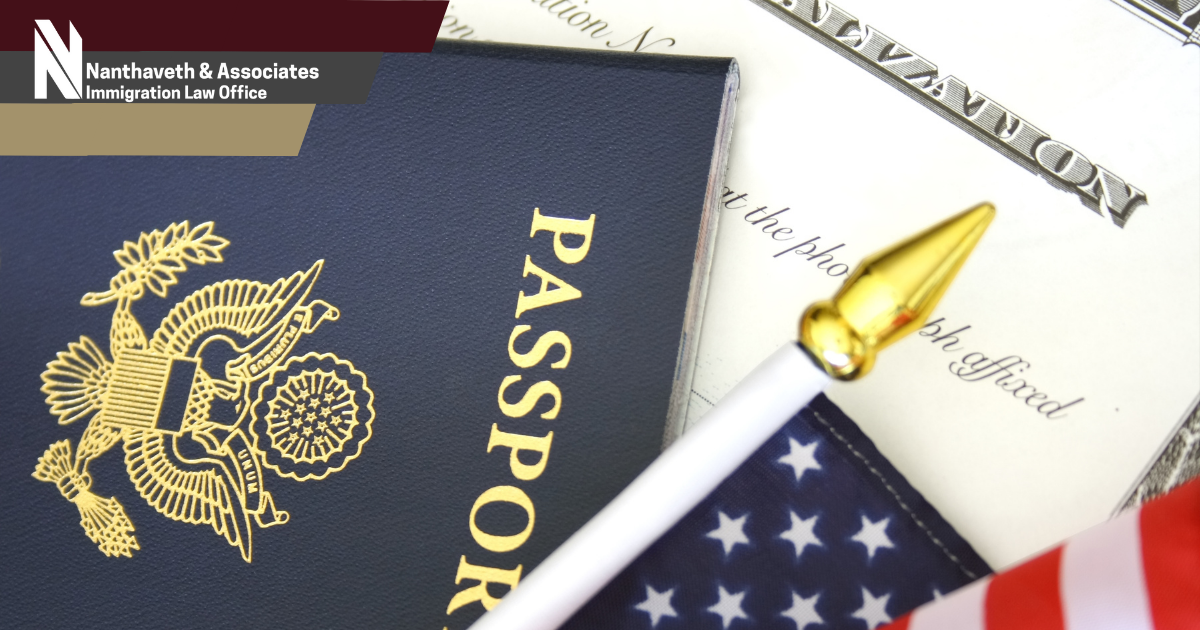 Citizenship and Naturalization: The Basics

Before you can apply for U.S. citizenship, you’ll need to make sure you’re eligible.

3 Paths to Citizenship and Naturalization 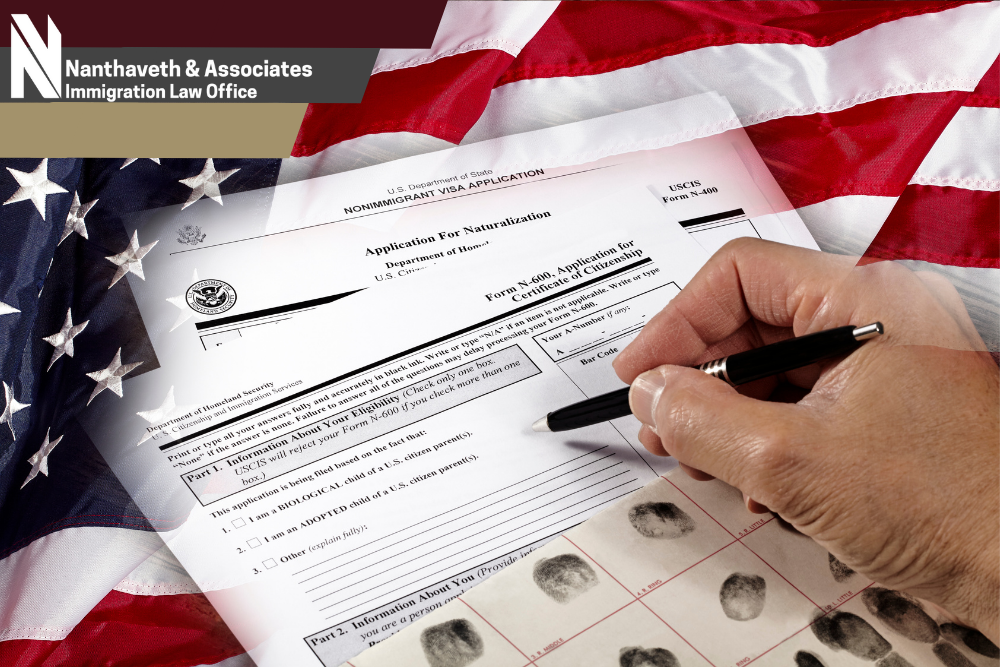 Can Birthright Citizenship Be Revoked?

The Citizenship and Naturalization Process

Many people choose to apply for citizenship through naturalization with an attorney’s help. That’s because immigration lawyers are very familiar with changes (and proposed changes) in U.S. immigration law that can affect their clients – and because they’re extremely experienced in working through the immigration system.

In order to become a naturalized citizen of the United States, a person must follow these steps:

If you’re eligible, you must fill out and file Form N-400, Application for Naturalization. Your attorney can do this for you. When you file Form N-400, you’ll also need to provide supporting documentation, such as:

You may need additional documentation as well. You should talk to your immigration attorney if you aren’t sure what kind of documentation to provide.

#3. Go to a Biometrics Appointment

U.S. Customs and Immigration Services will mail you a notice that tells you when and where to show up for your biometrics appointment. Typically, a biometrics appointment takes less than 30 minutes to complete. During this part of the citizenship and naturalization process, a USCIS official will take your picture, collect your fingerprints for digital storage, and have you sign your name for digital storage, as well. You don’t need to study for anything before you go to your biometrics appointment – but you will need to study for your civics test, which USCIS will give you at your naturalization interview.

#4. Complete the Citizenship and Naturalization Interview

You’ll receive a notice in the mail from USCIS about your citizenship and naturalization interview. This interview shouldn’t take long – most people are finished within a half-hour – but it can take some time, particularly if the USCIS officer reviewing your file has additional questions or needs clarification on your application.

During your interview, the USCIS officer may ask you about your time in the United States or any of the information you included on your Form N-400. He or she might also ask you about your marriage in an effort to ensure that you didn’t marry just to gain an immigration benefit (which is a crime).

You’ll also take the citizenship test at your naturalization and citizenship interview. During this time, the USCIS officer assigned to your case will be evaluating your ability to speak English. He or she will also read a sentence aloud and ask you to write it in English.

The citizenship test can consist of up to 10 questions. Everyone receives different questions, but there’s a list of the questions an officer can ask you here. You can – and should – study for the civics test. You must answer at least six questions correctly. If you cannot answer six out of 10 questions correctly, you will not pass the test. Questions revolve around these subjects:

Everything You Need to Know About the U.S. Citizenship Test

#5. Receive a Decision From USCIS

Often, you’ll receive a decision from USCIS on the same day you have your citizenship and naturalization interview. However, sometimes USCIS needs additional information to make a decision – and if that happens in your case, don’t worry. You’ll be given enough time to gather the information and submit it to USCIS, and then you’ll receive a notification of USCIS’s decision in the mail.

There are three possible outcomes of a citizenship application:

#6. Take the Oath of Allegiance to the United States

Common Questions About Citizenship and Naturalization

Who is Eligible for Citizenship?

In order to be eligible for U.S. citizenship through naturalization, you must:

You are not eligible for citizenship if you’ve been convicted of certain crimes, or if you ever deserted the U.S. Armed Forces.

What Rights and Responsibilities Do Naturalized Citizens Have? 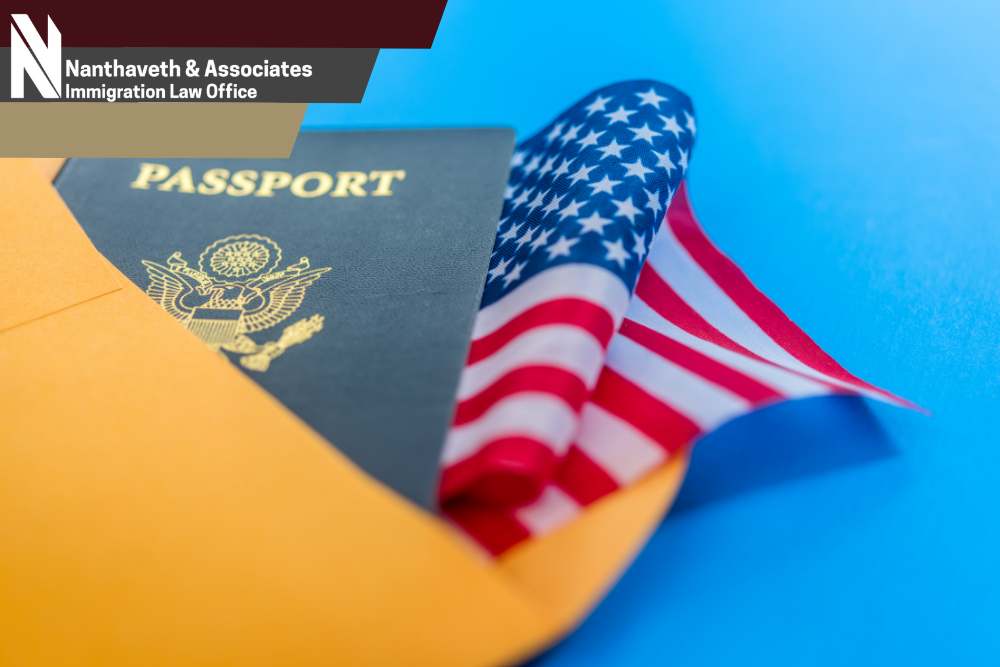 You also have certain freedoms and rights, including:

What Can I Do if My Citizenship Petition is Denied?

You may be able to appeal a denial of your U.S. citizenship petition. You should talk to your immigration attorney about your options if you receive a notice of denial.

Do I Qualify For DUAL CITIZENSHIP

If you’re like many people, you’ve heard of dual citizenship – the act of being a citizen of two countries. The U.S. allows its citizens to maintain citizenship in another country, which entitles people who have dual citizenship to all the benefits that both countries offer.

Do You Need to Talk to a Lawyer About Citizenship and Naturalization?

If you’re considering becoming a U.S. citizen through naturalization, we may be able to help you. Call us or contact us online to schedule your free consultation today.

What is a green card, and who can get one? Expand

A green card is a card issued by U.S. Citizenship and Immigration Services, or USCIS, that proves a person is a lawful permanent resident of the United States. A green card authorizes the person named on it to live and work anywhere in the U.S. Only people who are eligible for admission into the United States and have followed the appropriate channels can apply for lawful permanent residency.

What is USCIS? Expand

USCIS is short for U.S. Citizenship and Immigration Services, which is part of the U.S. Department of Homeland Security. It’s the government agency that oversees immigration into the United States. It approves and denies green cards, work permits, travel permits and naturalization, as well as some other types of immigration benefits.

Most green card applications are approved, but as many as 18 percent of them have been denied in recent years. If you receive an unfavorable immigration decision, such as the denial of a green card, you may be able to appeal your case or file a motion to have it reopened or reconsidered.

What is a lawful permanent resident, or LPR? Expand

A lawful permanent resident is a person who legally resides in the United States without citizenship. LPRs are foreign nationals who are authorized to work or live anywhere in the U.S. or its territories, and who can sponsor some relatives to bring them to the United States. Lawful permanent residents can eventually apply for U.S. citizenship if they wish, but they do not have to do so.

What is a visa? Expand

A visa is an authorization from the United States government that allows a person to enter the U.S. legally. Visas are only valid for a specific amount of time, and every visa’s expiration timeframe is different. You can get an immigrant visa, which means you intend to immigrate to the U.S., or a nonimmigrant visa that indicates you’re only staying temporarily.

What is the Visa Bulletin? Expand

What are biometrics when it comes to immigration? Expand

Biometrics are measurements of your identifying features. During a biometric screening for immigration purposes, a government official captures your fingerprints, takes your photo and gets a copy of your signature.

Will I have to attend an immigration interview? Expand

Many people must attend an immigration interview to obtain a visa or green card. If you do have to attend an interview, your attorney will let you know. You should receive a notice in the mail that advises you on where to go and when to show up for your interview.

What is the citizenship test? Expand

In order to become a naturalized citizen of the United States, you must take and pass the citizenship test. The official administering the test will ask you 20 of 128 possible civics-related questions, and you must answer at least 12 of them correctly. You will also be evaluated on your ability to speak, read and write in English. If you don’t pass the test, you can be retested on the portion of the test you failed (English or civics) between 60 and 90 days from your initial interview.

What is the Public Charge Rule? Expand

The Public Charge Rule is a ruling from the U.S. Department of Homeland Security that requires immigrants to be unlikely to become dependent on social services and public programs (such as financial aid from the government).