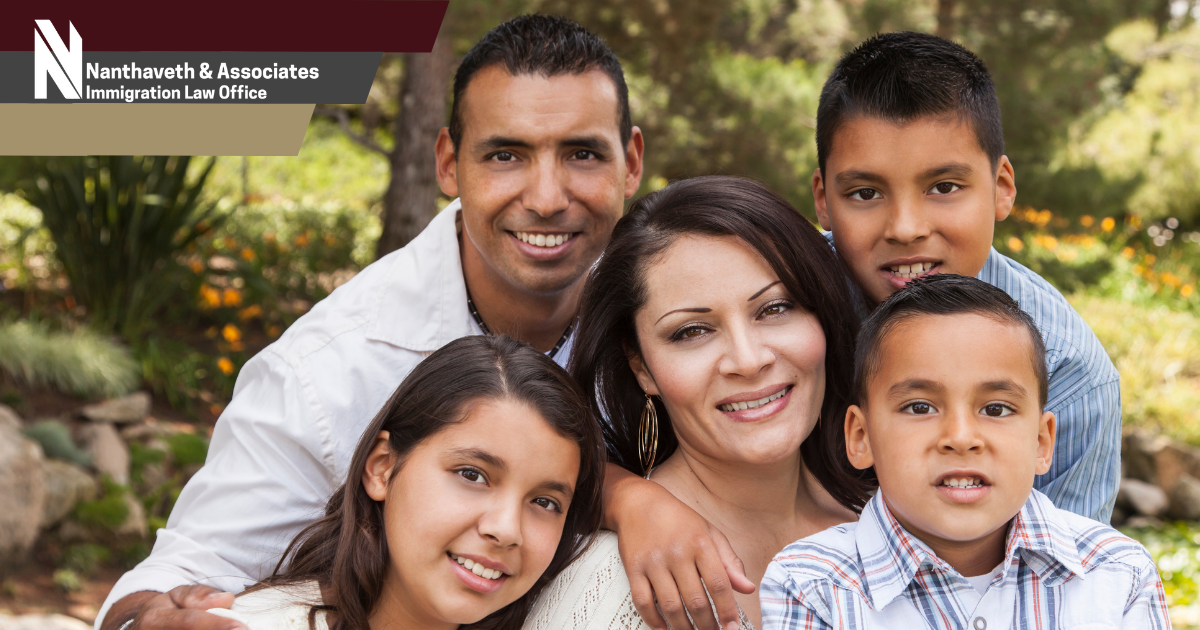 The attorneys at Nanthaveth and Associates know the importance of having an attorney you can trust for your family immigration needs, which is why we are the attorneys of choice in Austin and surrounding areas.

One of the most common ways to obtain an immigrant visa is through family-based petitions, and we are dedicated to making your family’s immigration experience as stress-free as possible. Your family is our priority. Our attorneys have been through the family immigration process themselves and are eager to help with your family’s needs.

If you are a U.S citizen or permanent resident, you have the ability to petition for certain family members to receive their permanent residency (green card), K-3 or K-4 Visa, or fiancé visa. Nanthaveth and Associates can help you understand the complicated process required to obtain a visa through family-based petitions.

If you’re a U.S. citizen, you can bring your foreign fiancé to the U.S. so that you two can get married. For many people, it makes sense to work with an immigration attorney who understands the process and U.S. immigration law.

If you want a K-1 visa for your fiancé, you’ll have to intend to marry within 90 days of his or her arrival in the U.S. Your marriage must be valid, too, which means you both have a bona fide (genuine) intent to establish a life together. You cannot get a K-1 visa for your fiancé if the sole purpose of the visa is so that he or she can obtain an immigration benefit – and if you do, you could both be subject to criminal penalties.

After you and your fiancé marry, he or she can apply for lawful permanent resident status in the United States. Lawful permanent residents receive a green card, which entitles them to many more benefits than a visa does. Green card holders can work in the U.S., attend college with local tuition rates, qualify to receive Social Security benefits, and travel more easily in and out of the country.

Both you and your intended spouse must meet eligibility requirements to apply for a K-1 visa. You, as the petitioner, must be a U.S. citizen. You must both be legally free to marry, as well, which means that any previous marriages have been legally terminated by divorce, annulment or death.

You and your fiancé must have met each other in person at least once within the 2-year period before you filed your petition unless meeting would violate strict and long-established customs of your fiancé’s culture or social practice, or it would result in extreme hardship to you, the U.S. citizen.

Can You Sponsor Your Fiancé’s Children?

K-3 and K-4 visas are very common. They’re used when a U.S. citizen marries someone in another country, and that person is still abroad.

If you’re a U.S. citizen, you can use a K-3 visa to bring your spouse to the U.S. while waiting for approval on a Form I-130, Petition for Alien Relative. You must be married and your spouse must want to enter the United States to wait for U.S. Customs and Immigration Services to make a decision on the Form I-130.

You and your attorney must also fill out and file Form I-129F, Petition for Alien Fiancé, in order for him or her to be eligible for a K-3 visa.

If USCIS grants your spouse’s K-3 visa, the Department of Homeland Security will admit him or her for a 2-year period. You can extend this visa, provided you do so in the 120 days before the authorized stay expires.

The Department of Homeland Security will permit a 2-year stay in the U.S. for your spouse’s children. However, if a child has his or her 21st birthday during that time, the stay will expire the day before the child’s birthday.

Learn More About Petitions For A Stepchild To Come To The U.S. With Form I-130 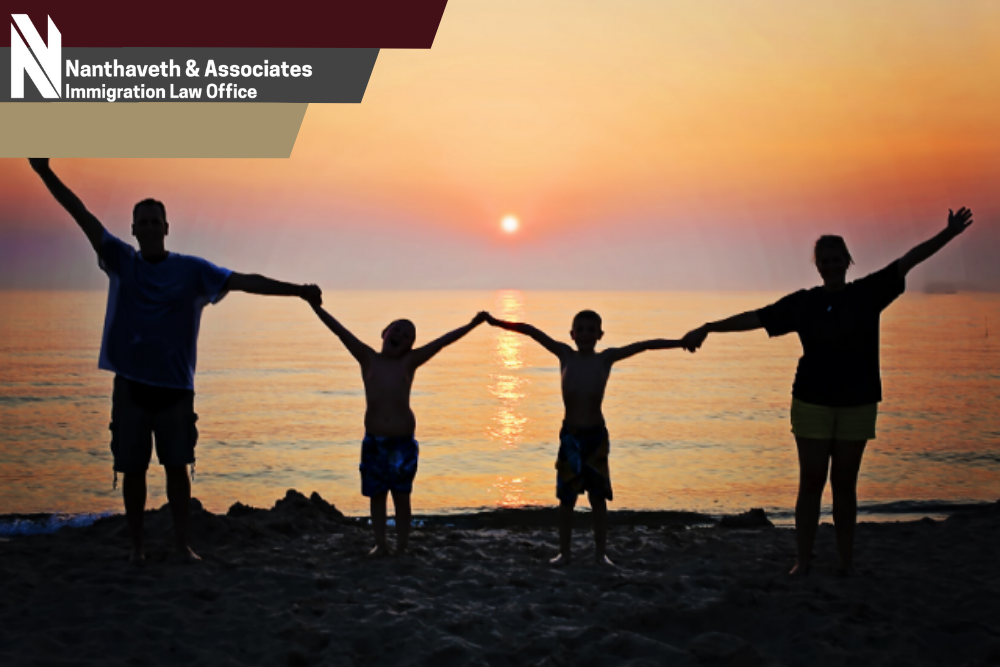 Lawful permanent residents can petition the U.S. government for green cards for family members, as well. These family members fall into preference categories as follows:

People who are currently in the United States must meet certain requirements to apply for a green card. Anyone who applies must be physically present in the U.S. at the time of filing Form I-485, which an attorney can help you fill out, and they must have bene inspected and admitted or inspected and paroled into the U.S. Additionally, petitioners must:

What Does “Inspected and Admitted” Mean?

A person is inspected and admitted when they present themselves to a Customs and Border Patrol officer at a port of entry in order to come into the United States. A port of entry is a U.S. border crossing or an airport entering the U.S.

What Does “Inspected and Paroled” Mean?

A person is inspected and paroled if they present themselves to a Customs and Border Patrol officer at a port of entry (a U.S. border crossing or an airport entering the U.S.) and the CBP officer inspects them as an alien, and then permits them to enter the U.S. without determining whether they’re admissible to the U.S.

Can Family Members Work in the U.S.? 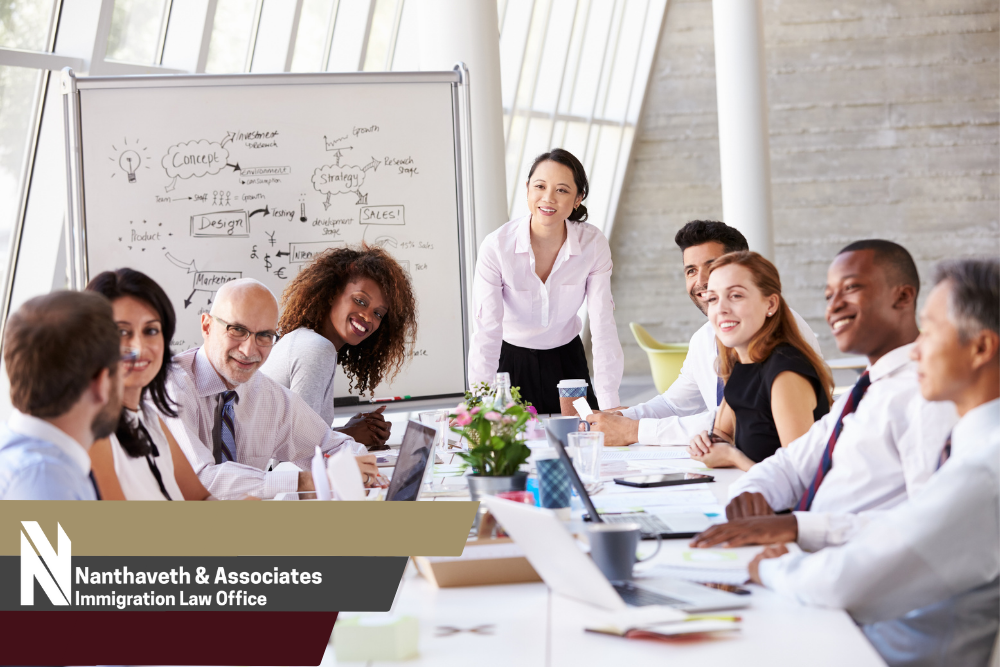 Every visa category has its own requirements for work authorization. Typically, if someone is in the U.S. on a visa, he or she must receive an Employment Authorization Document, or EAD, to legally work in the United States. The EAD is a small plastic card with the visa holder’s photo on it, and it provides that person permission to work for a U.S. employer.

Green card holders may work for any employer in the U.S. and do not need a work authorization to do so. Because green card holders are lawful permanent residents of the United States, they enjoy many of the same privileges and rights that U.S. citizens do – and that includes the right to work for whomever they wish.

Can Family Members Attend School in the U.S.?

Minor children can attend public, charter or private schools in the U.S. as long as they are not in the country on a tourist visa. The family-based visas listed here make children eligible for school. However, older children may need a specific type of visa to attend universities, colleges, technical schools and trade schools in the U.S. If you’re not sure whether a child can attend school on the type of visa he or she has, your best bet is to talk to your immigration attorney to find out.

Travel between states is fine when a person is in the U.S. on any of these visas. However, travel outside the United States may be restricted. It’s best to talk to your lawyer if you intend to travel with a visa holder.

Green card holders can travel in and out of the U.S., but long-term stays outside the U.S. can affect permanent resident status.

Familial Connections: Who Can You Sponsor if You’re a U.S. Citizen?

Who Can Lawful Permanent Residents of the United States Sponsor for Immigration? 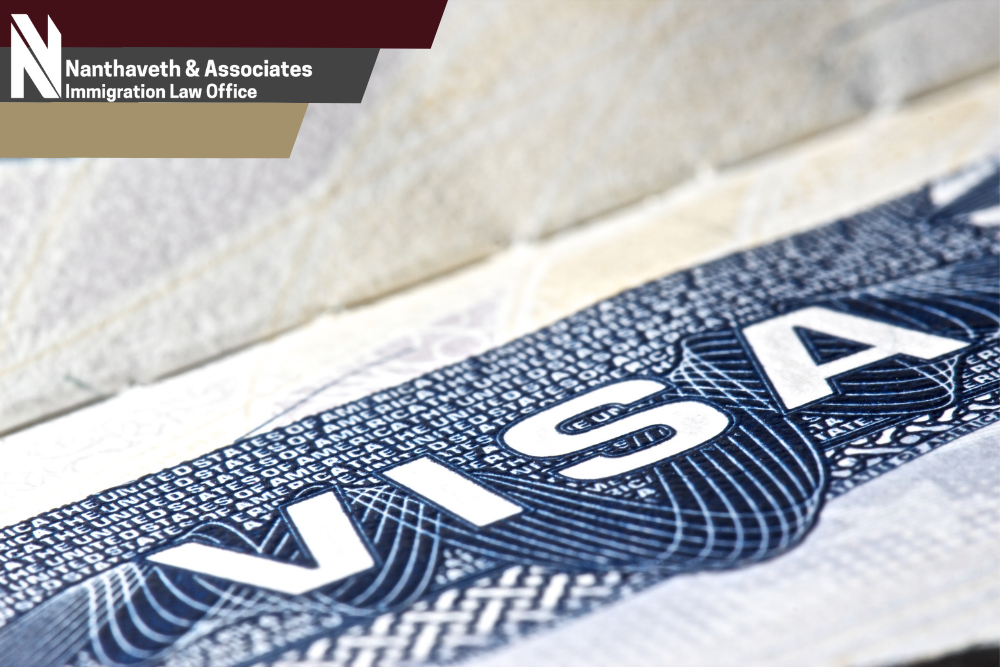 If you are interested in sponsoring a family member for a visa, come talk to us. We can help get you and your family on the right path and make your immigration experience as easy as possible. Book a free consultation today to speak with one of our attorneys!

Who can be a sponsor? Expand

U.S Citizens and Permanent Residents have the ability to petition for certain family members. Citizens can sponsor a wider range of relatives. Some cases have additional eligibility specifications such as income requirements.

My child is a U.S citizen, when can they file for me? Expand

My spouse entered the country on a visa that is now expired. Can I still file for her to get her green card? Expand

Yes. If you are a U.S Citizen, then you can file for your spouse even if they have overstayed their visa.

What are the options for a sponsor that does not meet the USCIS income requirements? Expand

If you do not meet the income requirements for an affidavit of support, you can use a joint sponsor. If you cannot find a joint sponsor, you can provide proof of assets to make up the difference between your income and the required income.