Are you considering immigration of any kind?

Nanthaveth and Associates can help with immigration needs in a variety of areas.

Nanthaveth and Associates is the preferred immigration law firm of the Austin area. Our experienced attorneys provide free consultations and personalized legal advice in various areas of immigration law. We focus in Family Based Immigration, Business Immigration, and Immigration appeals. These areas include provisional waivers, student visas, naturalization, consular visa processing, VAWA, DACA, and U-visa applications, among others. 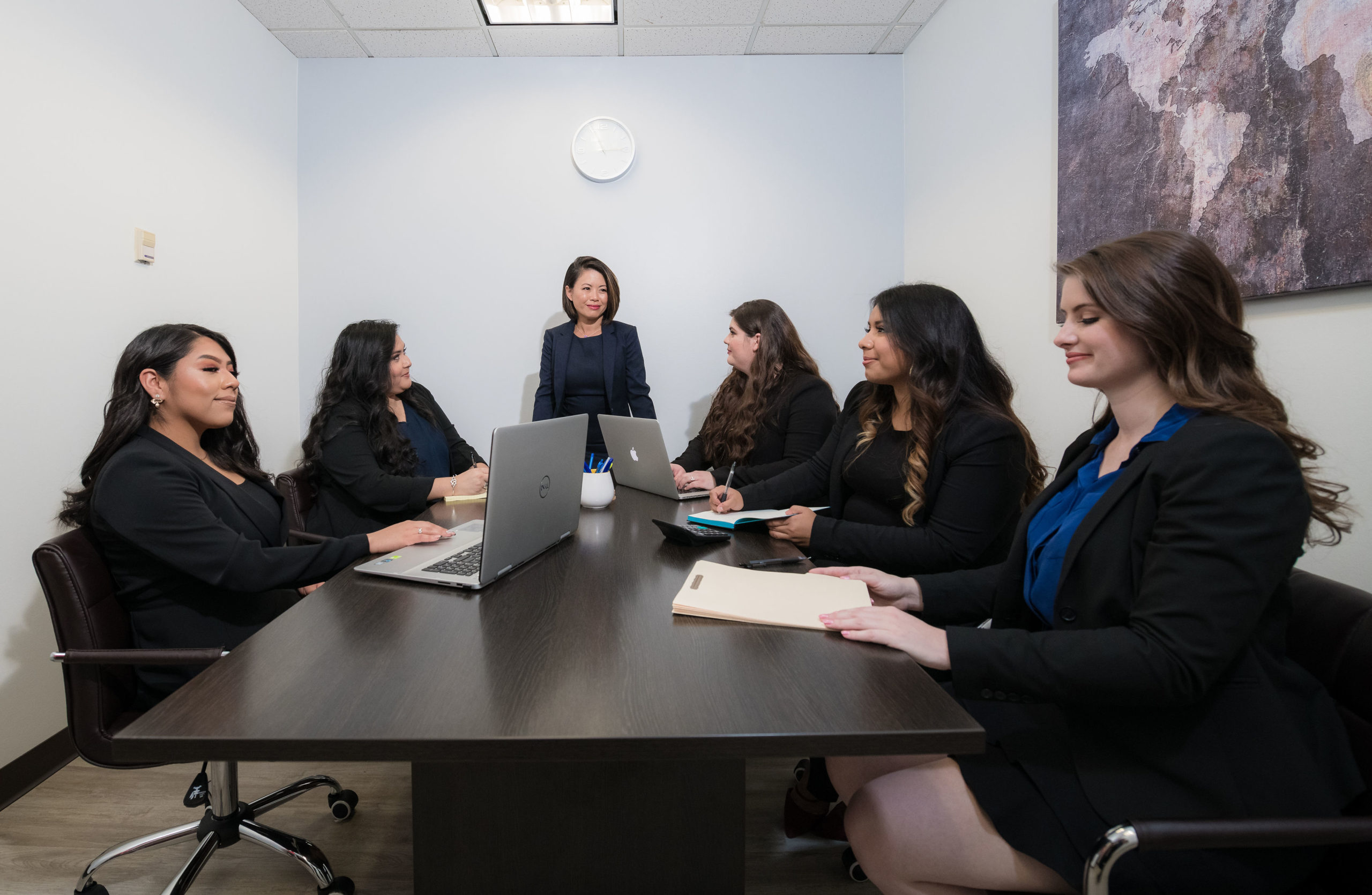 There are many reasons why someone would want to immigrate to the United States: work opportunities, better living situations, or to be with family among many other reasons. There are also countless reasons why someone would want to temporarily visit the U.S., such as business opportunities, investment opportunities, attending school, and thousands of tourist venues. The process for immigration, whether to become a citizen or to establish permanent residency, can be a long and difficult one. The same applies to obtaining a temporary visa; the process can be confusing, expensive and difficult to go through. Fortunately, there is an immigration attorney at Nanthaveth & Associates who can help you in any situation.

We pride ourselves on being responsive to our clients and to pursuing all available options until a solution is found. It begins with fully understanding your unique situation and your immediate and long-term goals. We will first offer you a thorough initial consultation, where we set forth options and let you know time frames and the total cost involved. We will then pursue the best available option until you are satisfied with the outcome.

Attorneys You Can Trust

Our clients place their trust in us, and we work hard to make sure that we’re deserving of that trust. Honesty and high ethical standards are at the core of all that we do. It’s our mission to help our clients reach the best possible outcomes in their cases, whether they’re applying for a work visa, bringing family members to join them in the United States, or fighting deportation, which can be a terrifying experience. 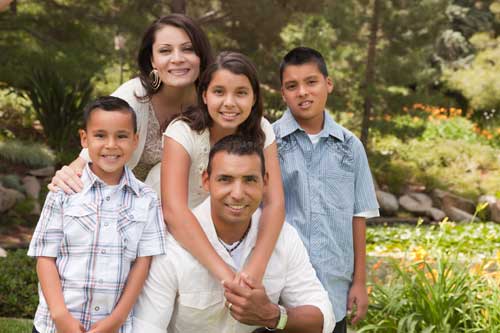 Navigating through the immigration process on your own can be confusing, especially when you have a family to look after. We are here to help you understand your options and take the stress out of your immigration experience. 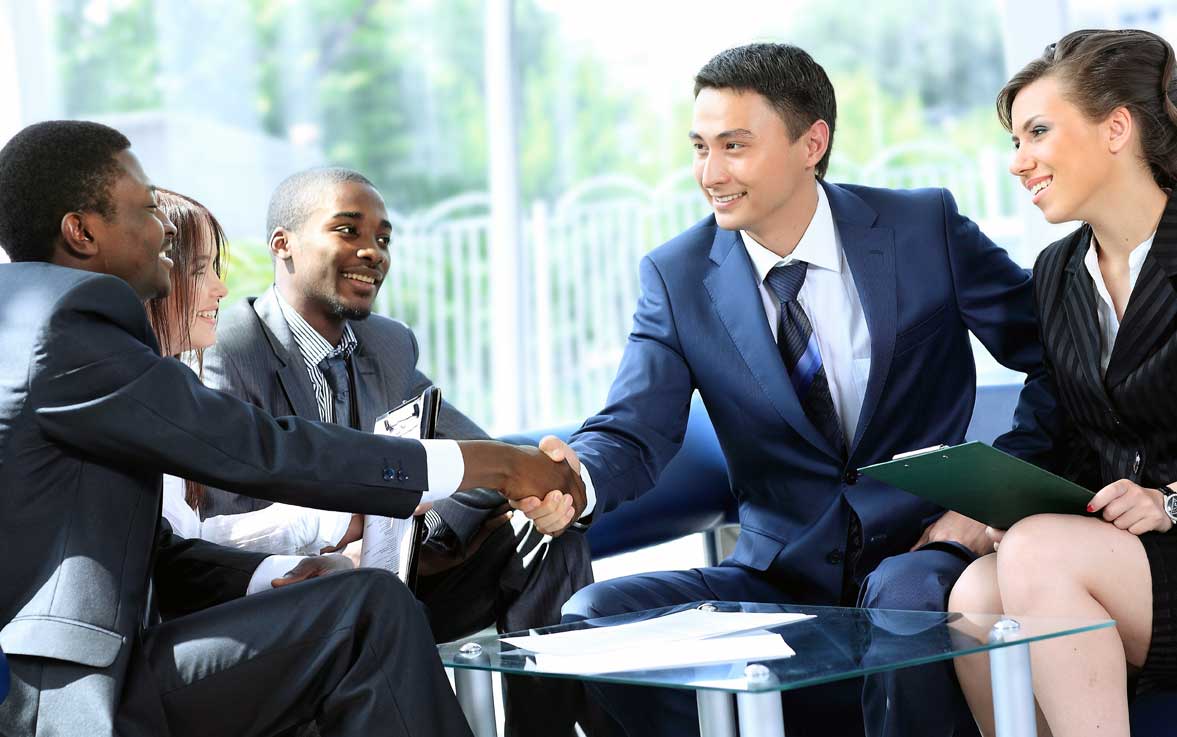 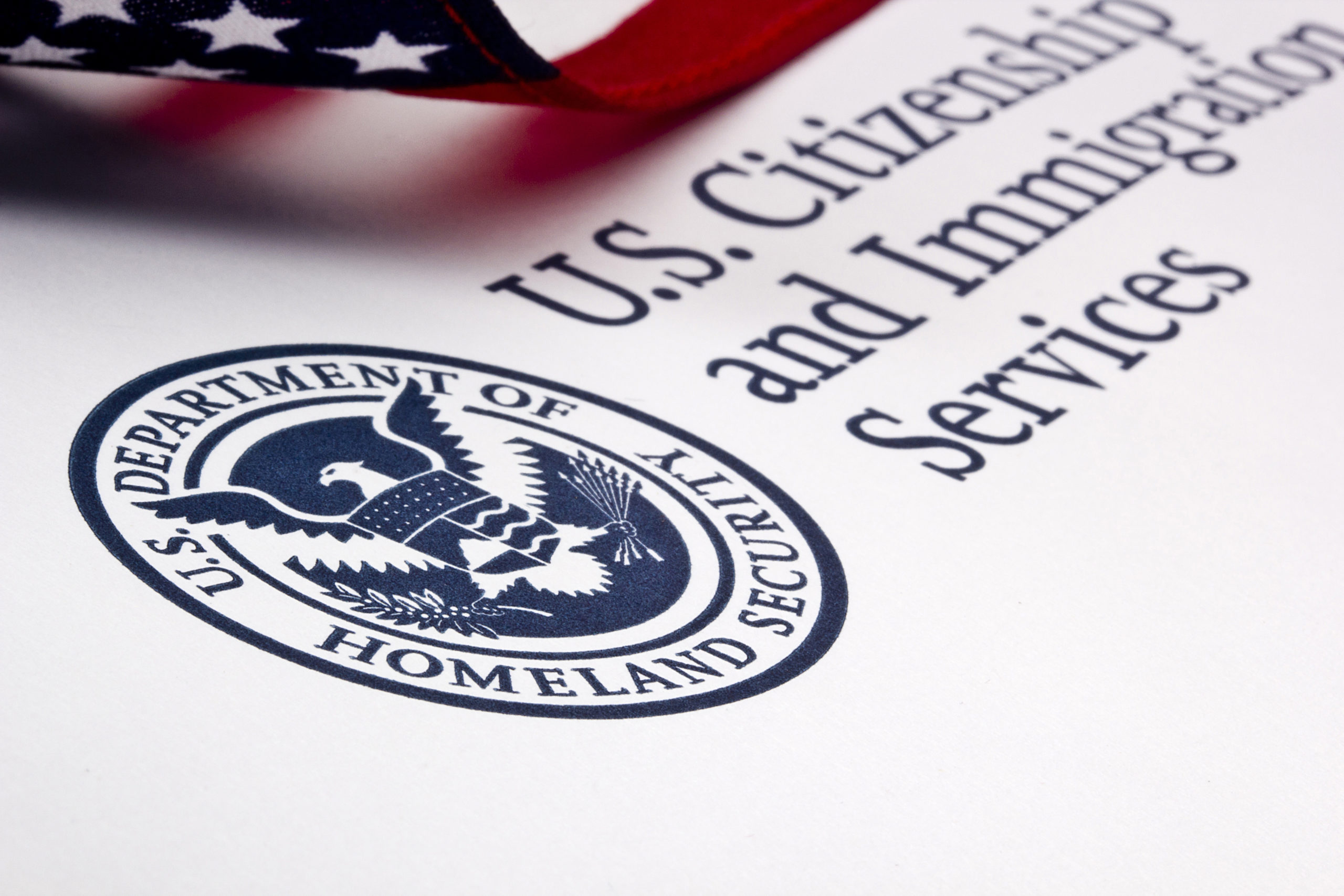 If you’re like many people, getting a green card is a necessary step on your path to U.S. citizenship. Often, it’s a good idea to work with an immigration attorney through the process that makes you a lawful resident. 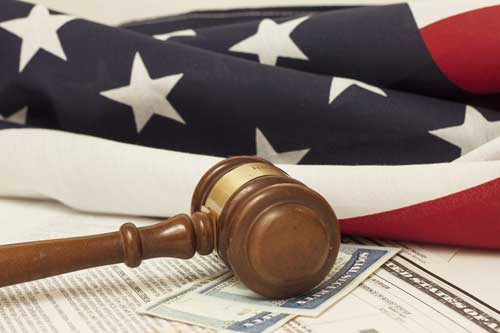 Have you received a denial notice from USCIS? In some cases, a decision can be appealed. Nanthaveth and Associates will build the best appeal for your case and serve as the strong representation you need. 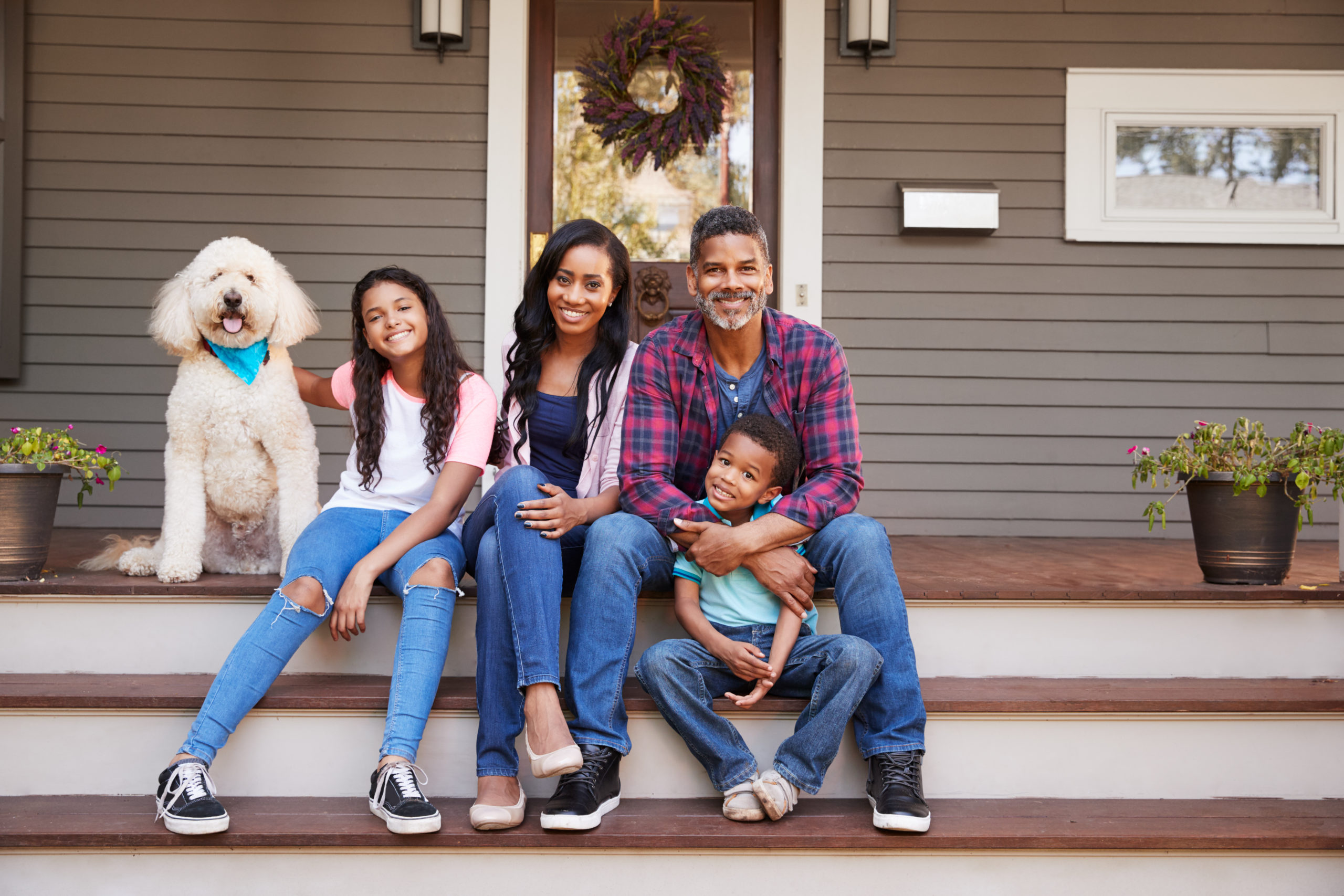 If you’re like many people interested in becoming United States citizens, naturalization is the way to go – but where do you start?  Working with an immigration attorney is one way to ensure that you have someone to explain the process to you, fill out and file your forms, and help you do everything necessary to prepare for citizenship. 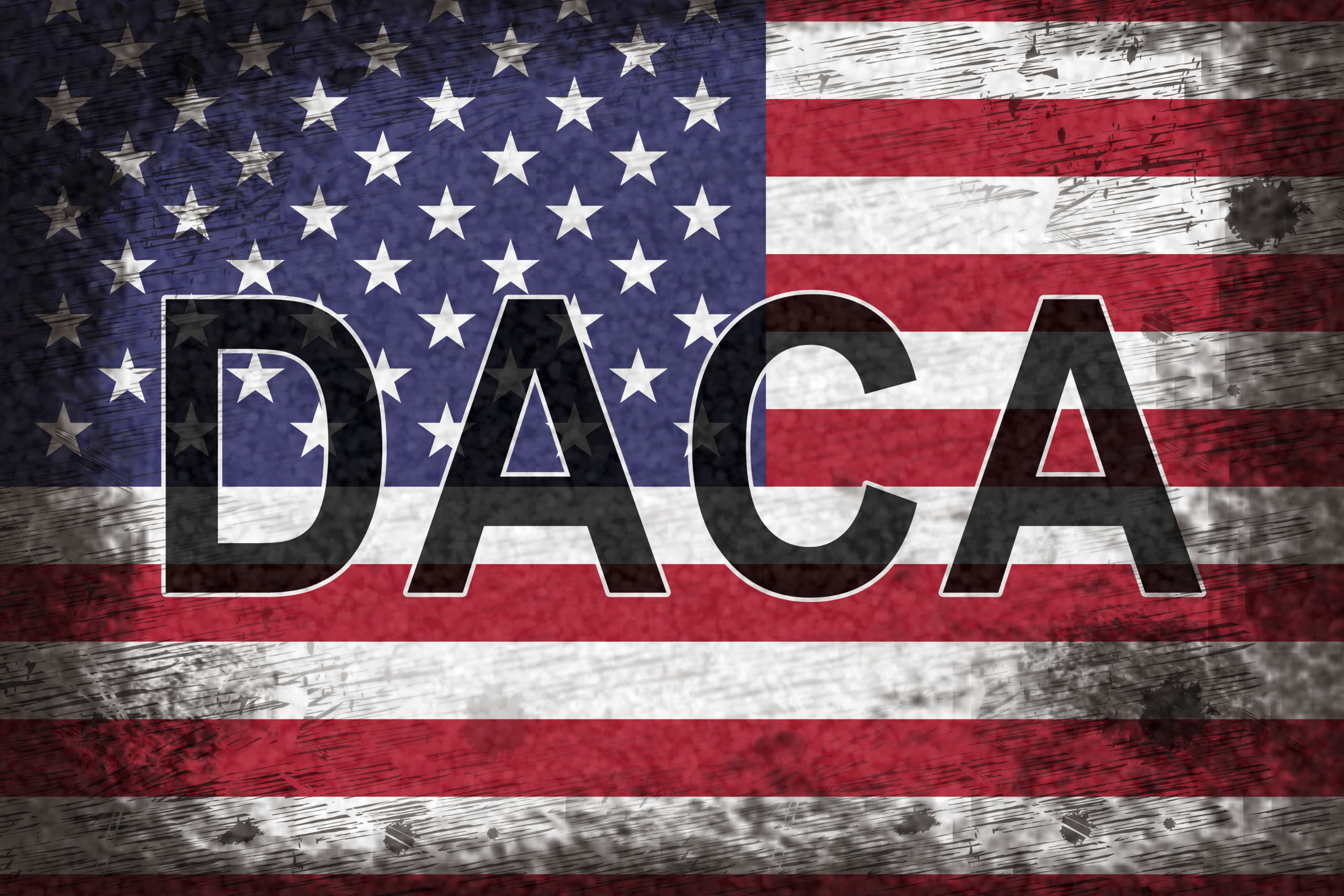 If you came to the United States as a child and are currently undocumented, you may be eligible to apply for delayed removal action and work authorization under DACA – and eventually, your DACA status may lead to U.S. citizenship.

If you’re a U.S. citizen who is engaged to marry a non-citizen, you may be able to petition the U.S. government for a K-1 fiancé visa so that you and your partner can get married in the U.S. After the government approves your petition, your fiancé can come to the U.S. to marry you within 90 days of arrival. 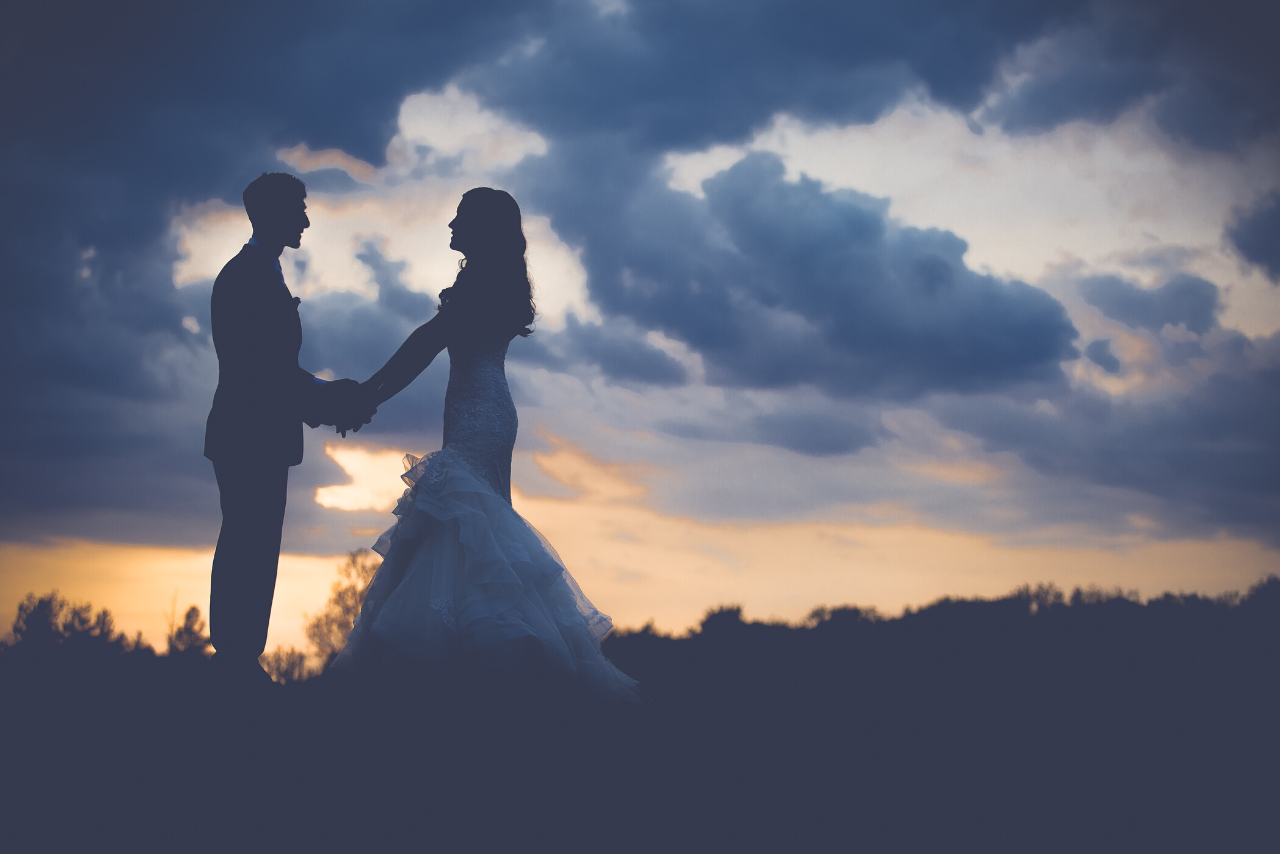 If you marry a U.S. citizen, you can get a green card and become a lawful permanent resident of the United States. In fact, this is one of the most common paths too U.S. citizenship – but how does it work, and can you marry someone just to get residency? Here’s what you need to know. 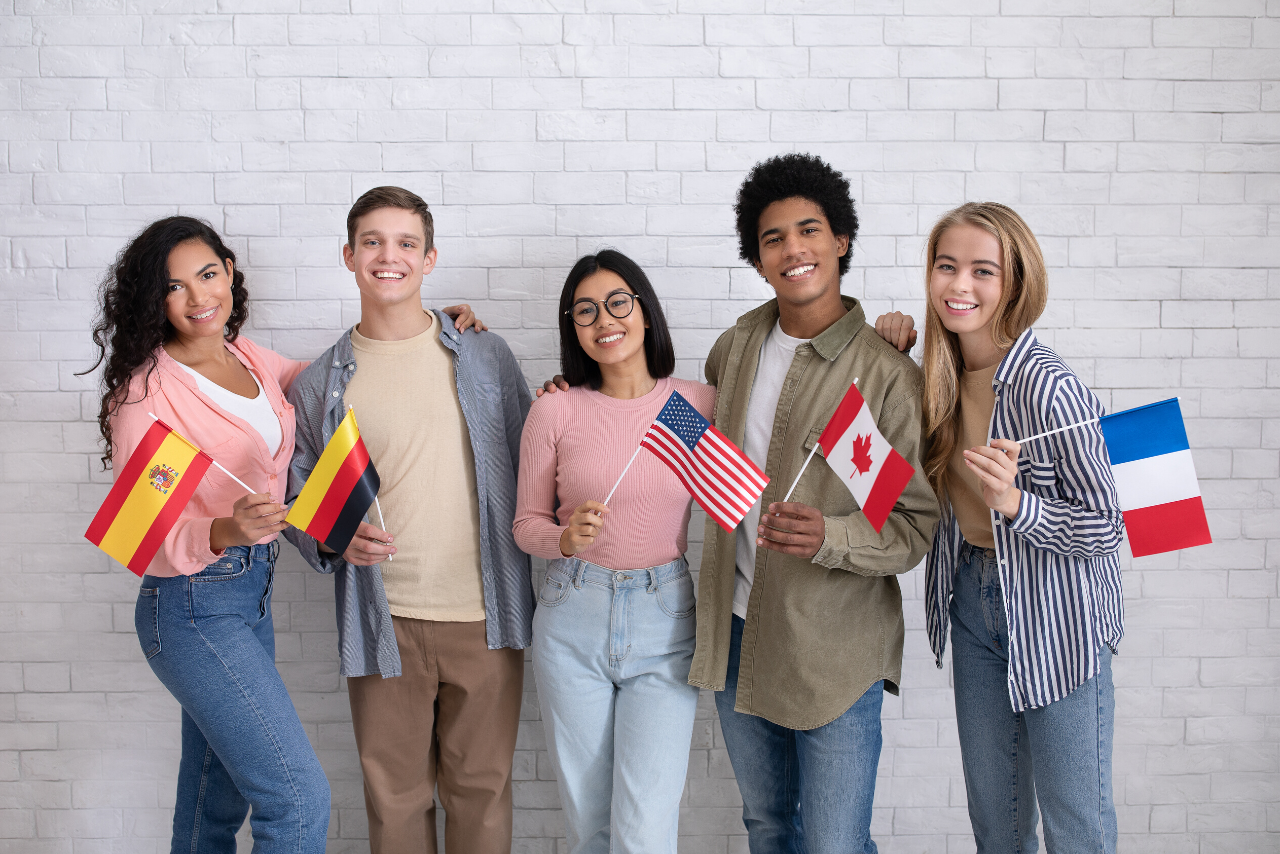 As you probably know, if you want to study at a school in the United States, you’ll need a student visa. And if you’re hoping to come to the U.S. on an F-1 student visa, there are a few things you should know. 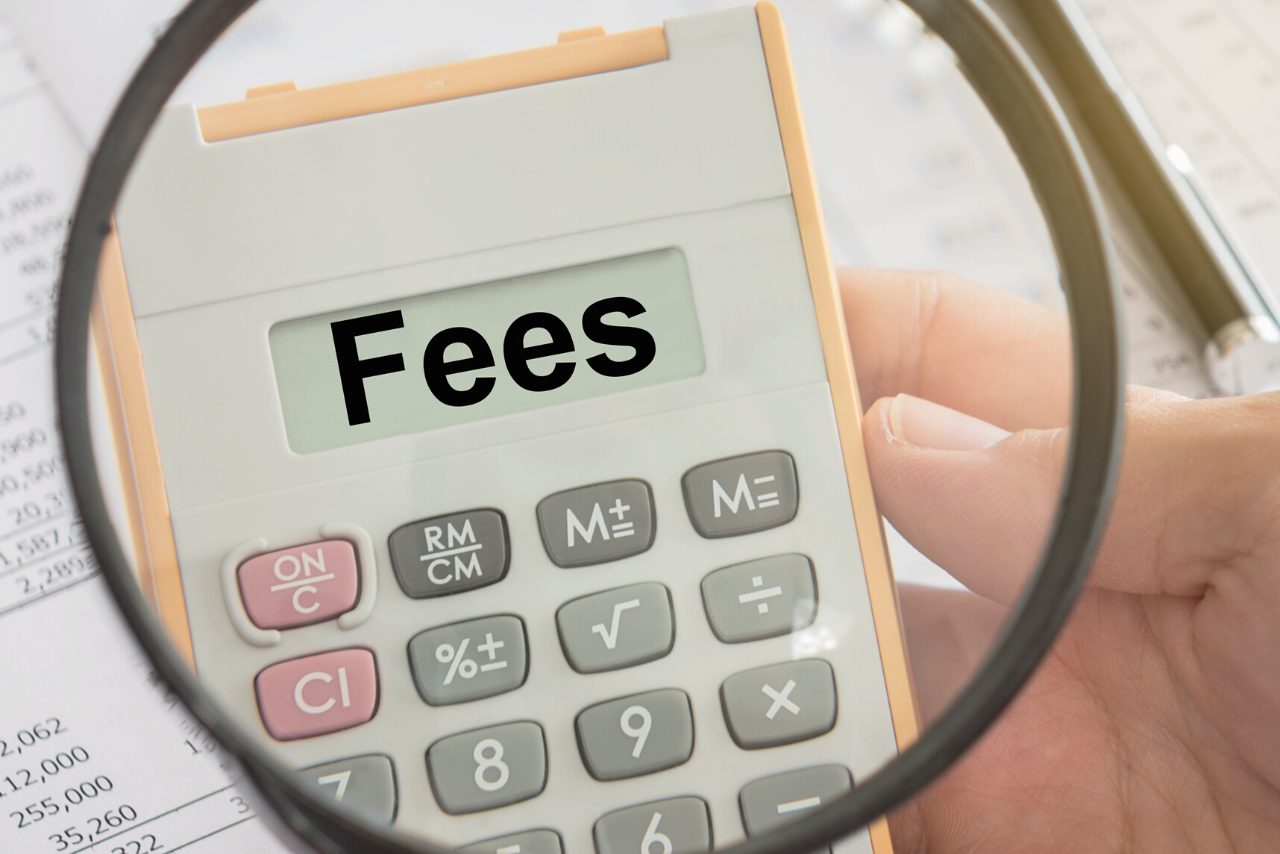 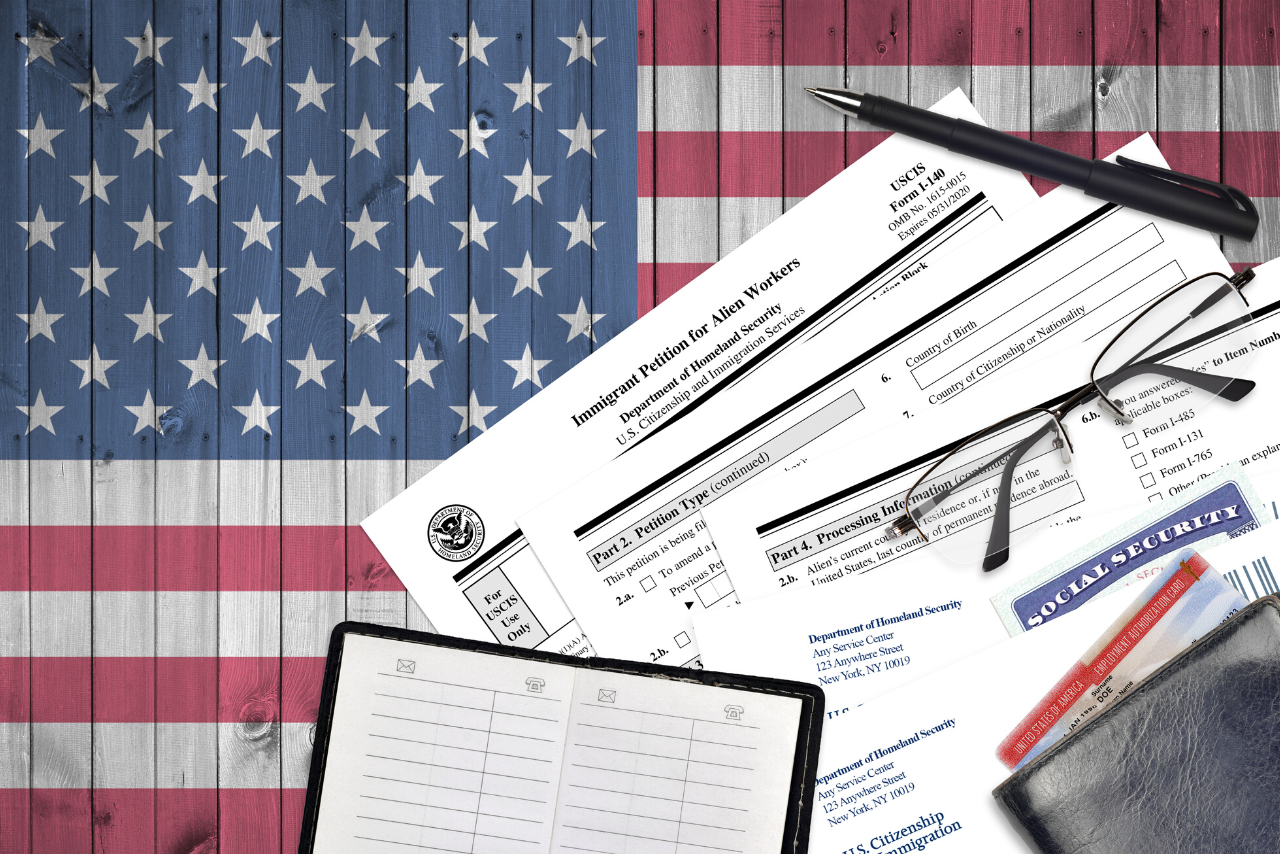 An adjustment of status is a procedure that allows certain immigrants who are already in the United States to obtain legal permanent resident status, or a green card. To be eligible for this process, you must have entered the country legally, and there must be an available immigrant visa. 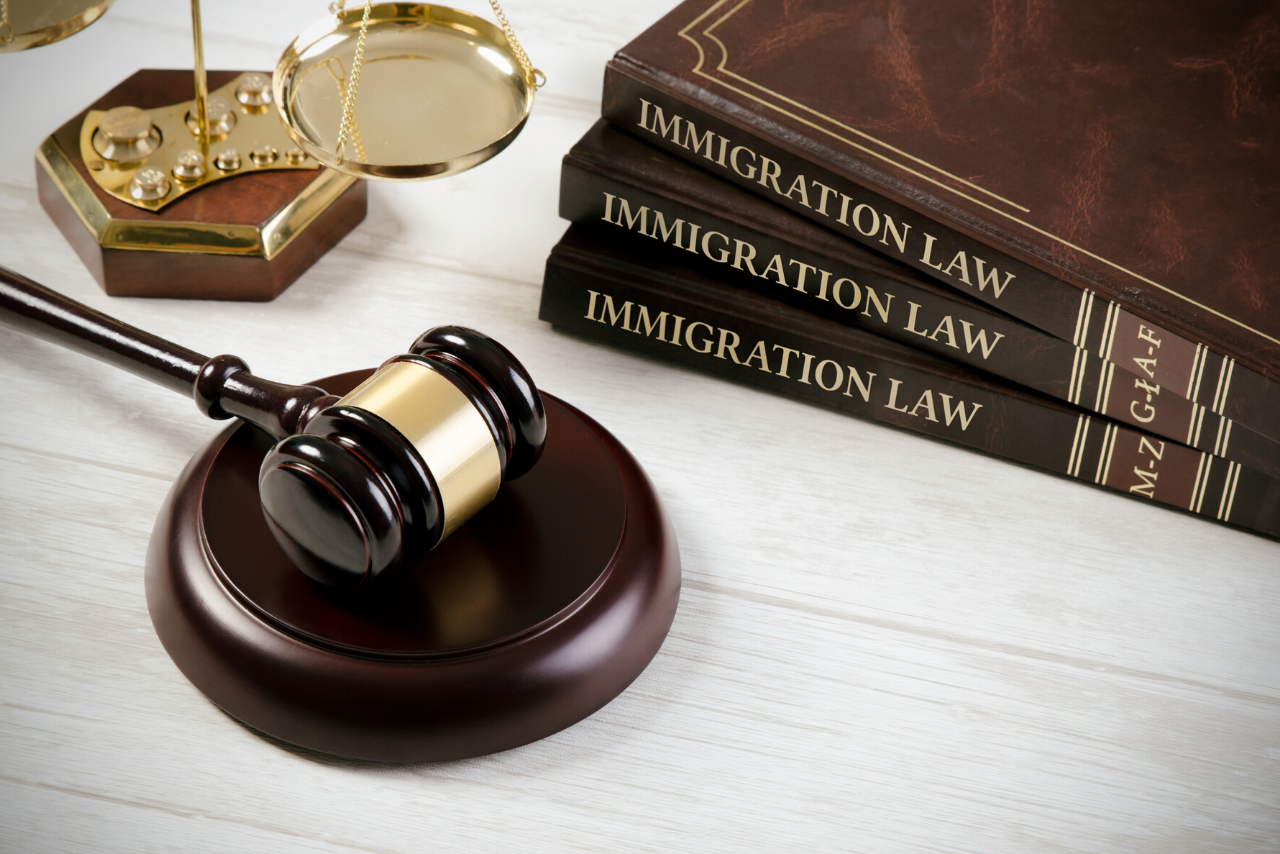 I would like to start a business in the United States. Am I eligible to apply for a visa? Expand

There are a number of business visas that you may be eligible for.

I have a significant other overseas. Can I sponsor them to come to the United States? Expand

If you have met your fiancé in person in the last 2 years, they may be eligible to apply for a nonimmigrant visa. Please refer to our family immigration section for further information.

I have a case currently pending with USCIS, and I would now like to hire an attorney to take over my case. Can you help? Expand

Yes! We are here to assist you with every step of the immigration process. 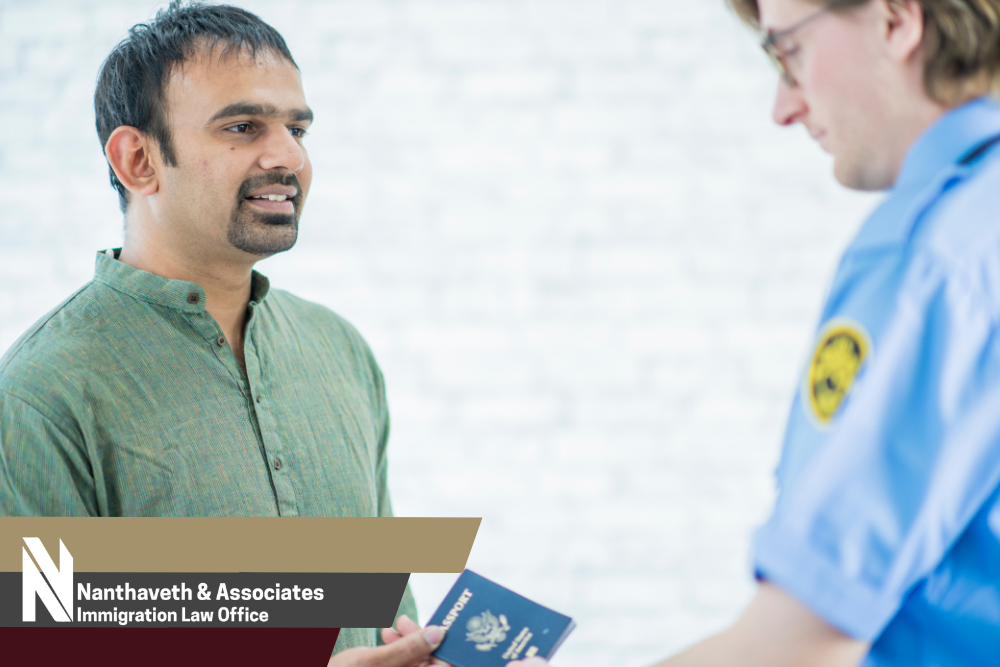 Learning about your immigration options is easy – our attorneys will be happy to provide you with a free consultation, and during that time, you can ask any questions you’d like. In the meantime, here’s what you need to know.

Most people who come to the United States from another country must first obtain a visa. A visa is a travel document that authorizes a person to stay in the U.S. for a certain period of time and for a certain purpose. For example, you may get a visitor visa that enables you to travel throughout the United States, provided that you don’t get a job, get married or attend school; perhaps you’ll apply for a work visa and come to the U.S. to perform a specific job for a few years, or maybe you’ll get a fiancé visa that enables you to come to the United States to marry the love of your life. There are dozens of different visa types, and an Austin immigration attorney can help you find the one that’s right for your situation.

Every visa has different requirements, and an immigration attorney can tell you which type is best for you. At minimum, you must be admissible to the United States. That means you meet the criteria outlined in the Immigration and Nationality Act, which your attorney can explain to you. Some visas require you to take a specific job or attend a specific school, while others allow you to enter the country to get married or travel and spend time with friends or family.

There are immigrant visas and nonimmigrant visas. You can usually only use an immigrant visa as a stepping stone to lawful permanent residency. If you enter the country on the wrong type of visa when your goal is to get a green card, you can be found guilty of defrauding the U.S. government and be removed from the country – and if you’re removed, you may not be allowed to come back.

How to Get a U.S. Green Card

You must qualify for a U.S. green card by: 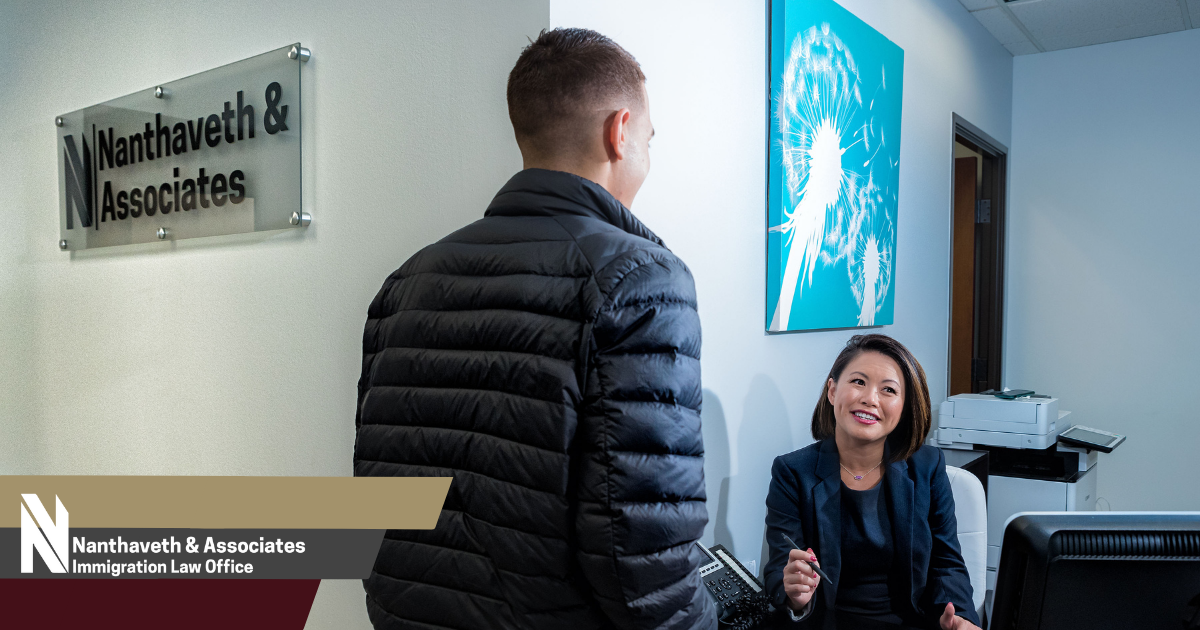 If you do not have family who can sponsor you in the United States, an employment-based green card may be the right choice for you. You’ll have to accept a job offer from a U.S. employer, and your employer will have to petition the government on your behalf to ask for permission to hire you and bring you here.

Foreign investors are often eligible for green cards, as well. If you’re an investor, you must invest a substantial amount of capital in a U.S. business to qualify. The minimum amount depends on the location of the business, and it’s subject to change, so you should speak with an Austin immigration attorney about your options if you’d like to get an investor visa that leads to a green card in the United States.