The United States has a very rigid set of immigration laws, and people who enter the country without going through the proper channels are considered undocumented immigrants. Generally, it’s illegal to remain in the United States as an undocumented immigrant – but is it possible to become a lawful resident of the U.S. if you’re currently in the country unlawfully? Can you be barred from applying for a visa or residency (or even entering the United States), and is there any type of amnesty program?

You may need to get in touch with an Austin immigration attorney – but here’s what you need to know. 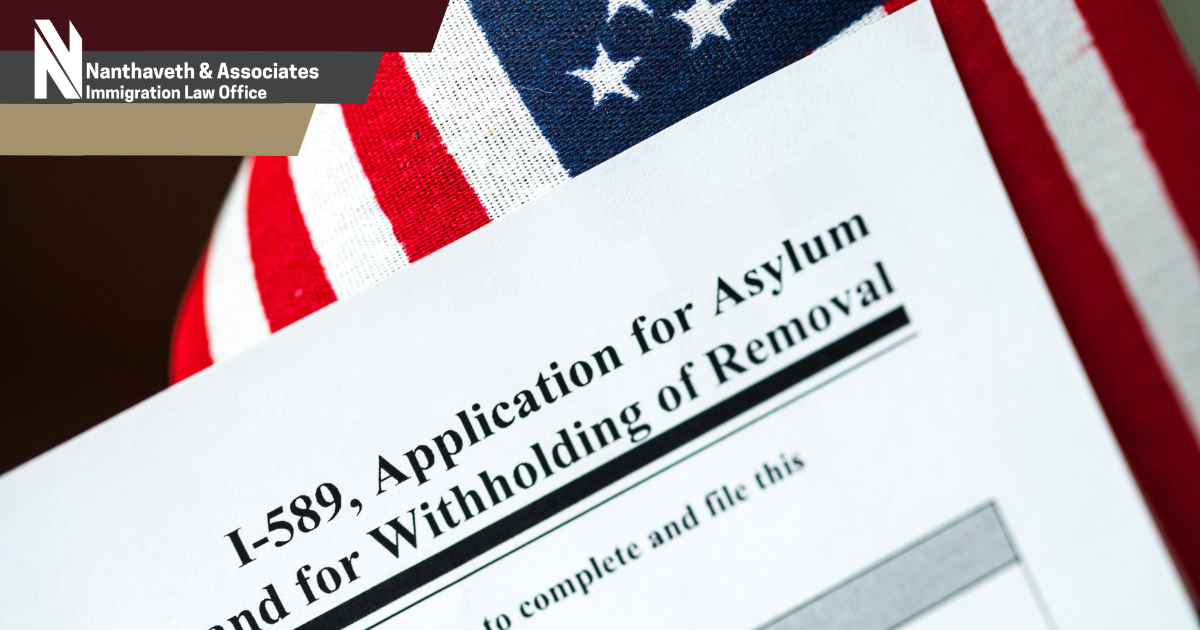 Undocumented immigrants have very limited options for becoming lawful immigrants – at least while in the country unlawfully. Generally speaking, the only way to get lawful immigrant status in the U.S. is to enter legally, through a border crossing and with the appropriate approval from the U.S. government.

But the bottom line is that if you came to the U.S. unlawfully, you are subject to deportation and, in many cases, a bar to reentry.

What is a Bar to Reentry?

You can be prevented from returning to the United States if U.S. customs officials discover that you have been in the country unlawfully. That’s true even if you have a family here – and regardless of how you entered the country. Whether you crossed the border illegally or overstayed a visa, and even if you started a family and got a job, you can be deported (removed) from the U.S. and told you’re not allowed to return.

There are only a few ways for an undocumented immigrant to gain legal status. Without question, though, the best way to gain legal immigrant status in the U.S. is to apply through the appropriate channels from your home country.

If you are already in the U.S., there are two types of amnesty you can use: asylum and temporary protected status.

Asylum in the U.S.

Anyone can apply for asylum in the U.S. within one year of arrival or the expiration of an authorized stay. However, you must show that you’ve been persecuted or that you’re in danger of future persecution in your home country based on one of five factors, including your:

Prior Service in the U.S. Armed Forces

Some veterans of the U.S. Armed Forces are eligible to remain in the U.S. even after being found to be unlawfully present in the country. You are only eligible if you enlisted in the U.S. military while you were in the U.S. or a U.S. territory and served in one of these four conflicts:

Can an Undocumented Immigrant Marry a U.S. Citizen to Become a Legal Immigrant?

If you’re an undocumented immigrant, you can’t simply marry a U.S. citizen or green card holder and become a lawful resident yourself. Unfortunately, the law just doesn’t work that way. In fact, you absolutely must come to the United States lawfully if you expect to marry a U.S. citizen and remain in the country.

If you entered the U.S. illegally and then married a citizen or green card holder, you most likely cannot adjust your status – and you’ll be subject to deportation. Additionally, you’ll most likely be barred from reentering the United States for several years. 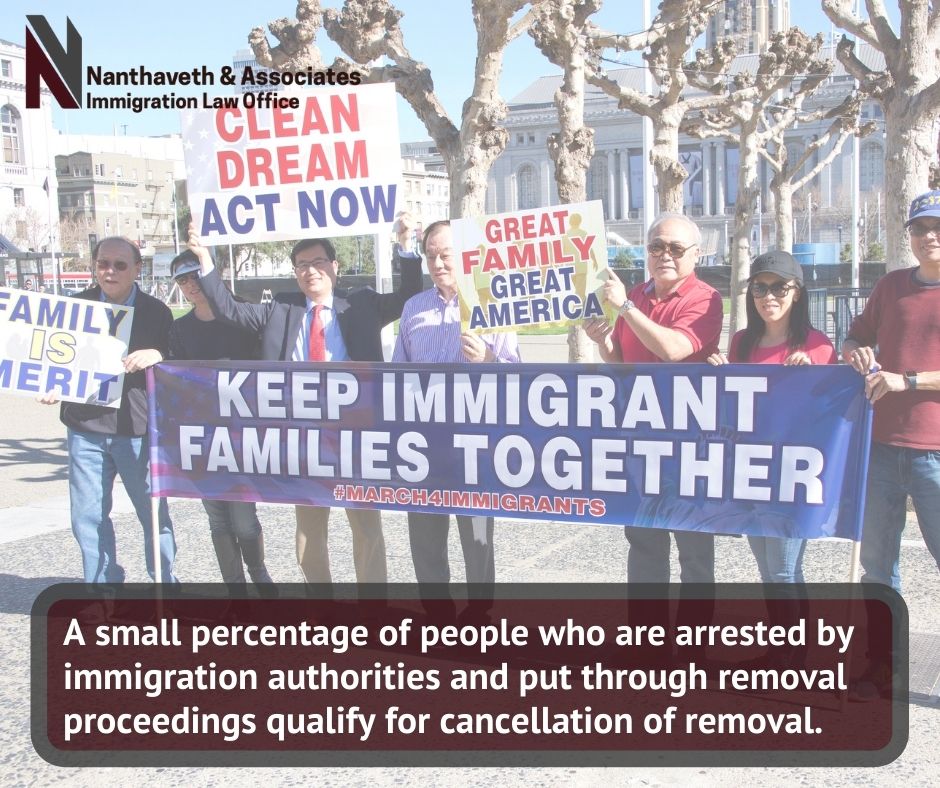 If you’re caught living in the United States without following the proper channels, there’s a good chance that you’ll be ordered to leave the country – and that you’ll be barred from reentering for a certain period of time. However, a small percentage of people who are arrested by immigration authorities and put through removal proceedings qualify for cancellation of removal.

Cancellation of removal may be available to you if you meet these criteria:

For example, if you’re the primary caregiver for an immediate family member (such as a parent or young child) who cannot care for themselves, you may be able to show that it would cause the U.S. citizen or green card holder an extreme hardship if you were to be removed from the country. And although it sounds simple, it’s not – U.S. immigration law favors people who follow the appropriate channels to come into the country, and even if your deportation would cause a U.S. citizen or lawful permanent resident a hardship, that doesn’t automatically mean you’ll get to stay.

Other Options for Gaining Lawful Status Through Deportation or Removal Proceedings

If all else fails, your attorney may talk to you and the immigration court about you voluntarily departing the United States.

Here’s a closer look at each option.

Applying for Permanent Residency or Adjustment of Status

To be eligible, you must:

Filing a VAWA Petition on Your Behalf

If you’re the victim of domestic violence, you may be able to self-petition for permanent residency through VAWA. Victims of abuse who are married to U.S. citizens or lawful permanent residents may file a VAWA petition on their own behalf. If you win your case, you’ll be granted a green card and will be permitted to remain in the United States.

Obtaining a Criminal or Noncriminal Waiver for You

If you have a criminal conviction on your record, your attorney may be able to help you obtain a waiver that will allow you to remain in the United States. There are two types of waivers: criminal and noncriminal. A noncriminal waiver is available to those with qualifying family ties to the United States, such as having a spouse or child who is a U.S. citizen or lawful permanent resident.

Renewing Your Form I-751

If you have a conditional green card, your attorney may be able to help you renew it through your deportation proceedings. To do so, you’ll need to file a new Form I-751 and show that you meet the requirements for having the conditions on your residency removed.

If you’re facing persecution in your home country, you may be able to apply for asylum in the United States. To be eligible, you must show that you’re unable or unwilling to return to your home country because of a well-founded fear of persecution based on one of the five protected grounds: race, religion, nationality, political opinion, or membership in a particular social group. 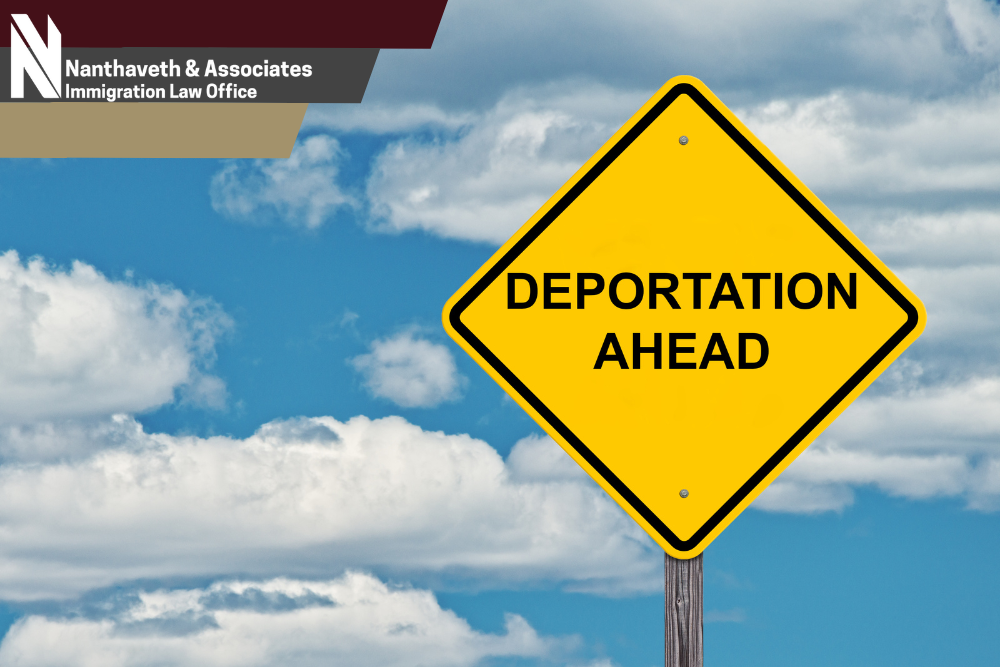 If you’re ordered removed from the United States, you may be able to appeal the decision. The appeals process is complex, so it’s important to have an experienced attorney by your side.

Filing a Motion to Reopen or Reconsider

What is the Best Way to Get Lawful Immigration Status in the United States?

The best way to get lawful immigration status in the U.S. is to apply through the appropriate channels before your arrival in the country. Naturally, that doesn’t apply to cases of asylum, when you need the U.S.’s immediate protection – but in all other cases, your best bet is to apply for a visa from your home country (or another country where you are temporarily located) and wait for approval before coming to the U.S.

Related: Visa Options: How To Become A Permanent Resident

Are You an Undocumented Immigrant Who Needs Help?

If you’re currently an undocumented immigrant in the U.S., we may be able to help you. Call our office today to schedule a free consultation with an attorney who’s willing to listen to you and help you get on the right track.

Posted in Immigration Law and tagged Helping Undocumented Immigrants, Illegal Immigration
← Understanding Green Card MarriageHow to Get a Green Card in the U.S. →